4 different newspapers had worked out that there was an atomic weapons program at Los Alamos in early 1945 by noticing certain information - and lack thereof.

I understand what they've done, now that I see what's going on. 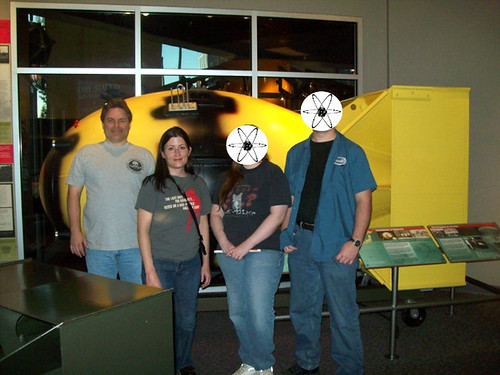 How nice. In front of the Atomic Bombs, no less. Then off to "Blogorado".

Item the second.
Where they met up with, among others, the aeronautical engineer Jim.

Well, now. That's odd. Why would you need to train like that?
Unless...

The engineers and Nerds are building a powered suit of armor for the Bredalucion!! Haha! Mecha Breda!

Congrats to Caleb on his quick thinking.

But next time be sure to get the hot chocolate.

Much more stopping power than the French Roast.

To her own well-deserved spot on Badass of the Week.

Seen on #GBC a bit ago:
http://www.badassoftheweek.com/kauser.html

A truly badass story. Indian girl objects to her impending rape and murder and the beating and impending murder of her family by playing Paul Bunyan, and then "easily taking away" an AK-47 and "turning it on" the person with the gun.

And lo and behold as they're using images to depict the story:

I HAVE A MACHINE GUN
HO – HO – HO
(original caption)

Coming into work this morning, I heard a airline radio commerical touting their new low-cost flights to the Bahamas.

You mean.. other than.. that... governmental approval thing?


Then I just read this which re-reminded me of that: Lone Star Energy: Why Texas Will Resist the Call for a Unified Grid

"If you go to either of the other two grids you've got to get 20-something state utility commissions to agree on something," B.J. Stanbery, the founder of the Austin-based solar manufacturer HelioVolt, says. "In Texas, we've only got one to persuade. Now, that's a big benefit."

Yeah. And if you make that to 40+... I can't imagine why there would be resistance to that. In ~48 other states, you'd have to convince the commissions - and assuming there's not resistance, or worse local competition to your plan...

Mitt Romney is set to officially endorse Pennsylvania Senate candidate Pat Toomey Tuesday in Philadelphia, a move that marks the progress Romney has made in shoring up bonds with some key conservative constituencies.

Uh, no it doesn't. It marks the progress Romney has made to try and do that. That's a whole nother concept that he's succeeded. (Which he hasn't.)

Other than missing that whole point there's the caption to the photo, screenshotted here in case CNN notices their "error" (HA!): 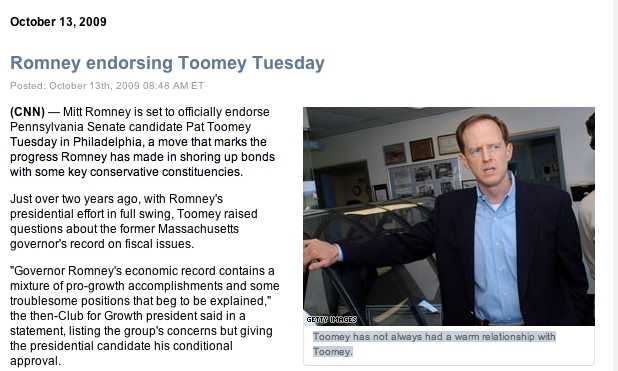 Not that either of them are "selfish pigs"!
But I found this series of cartoons with some excellent examples, and I thought immediately of

But for Breda, it's because of the delicious bacon. OMNOMNOM (Her bacon proclivities are well known!)

And then there's the Nerds: 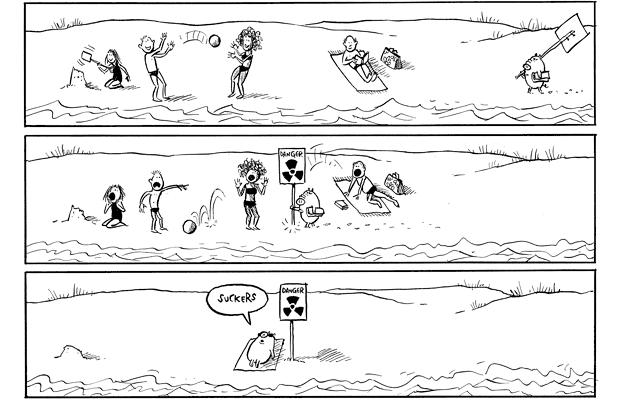 (There are some other good ones in the series: http://www.telegraph.co.uk/culture/culturepicturegalleries/6255182/Selfish-Pigs-by-Andy-Riley-creator-of-The-Bunny-Suicides.html )

TD told me something recently that I didn't know: SimCity has been released as free software! The free version is now called Micropolis. It was released as part of the "One Laptop Per Child" (OLPC) project.

Mission Statement: To create educational opportunities for the world's poorest children by providing each child with a rugged, low-cost, low-power, connected laptop with content and software designed for collaborative, joyful, self-empowered learning. When children have access to this type of tool they get engaged in their own education. They learn, share, create, and collaborate. They become connected to each other, to the world and to a brighter future.

Wow. Now that's some sort of cool right there. With this kind of love, we can fix the world!

Right?
Huh. Well, I downloaded and built it (with the work laptop, it took finding this guy's patched source to build on Mac OS X) and was thrown back to the heady days of SimCity on the Amiga...

But being older I notice a few things.

A 20% tax rate produces riots? What? I think Will Wright needs to take some classes with Al Sharpton. (Sharpton was quoted about tax rates once, that he thought they were 5%, and they should be at least 10%.)
20% rate outrageous? I'd riot for a 20% tax rate!

So as I was commenting on the GBC about that, it occured to me. Wait a minute. We're sending these laptops to the poorest nations of the world. The laptop is built for schools that literally have no building.

How much of a taunt is that when they get to play a "American" game, where the first thing you put down.. is a Nuclear Power Plant? Magically! (In 1900!)

So the kids are going to play a game where you disdainfully toss in a Nuclear Power Plant. And *just* build roads. *click click click* Roads! And where police departments lower crime. Next to industry? Not stick up the industry for bribes?

The Western ethnocentrism inherent in this thought process is rather interesting. Kids who might never see reliable electricity - hence a hand-cranked laptop! - get to just plunk a power plant down! Tada! Want to built residential areas, *click*! No worries about centuries or millennia of tribal strife and territorial lines!

... I'd kind of like to hear what the kids have to say about the SimCity world.
(Hell, I'd like for us to live in a country where a 20% tax rate is the max possible and you *can* build nuke plants in less than 30 years....)

When Wolf Blizter is asked his opinion, you'll always say "Hmm. I wonder what Andy Richter thinks about it, though?"

(HT to LabRat who posted it into the GBC)

We're in the middle of the biggest recession in recent memory, and Obama has only filled 233 of his top-paying 543 FTEs?

Because this is ironic.

The Che Cafe (www.checafe.ucsd.edu) was broken into sometime between August 3 and August 5. ALL of our mics, xlr cables, direct in boxes, monitors, the sound board itself, ALL of it has been STOLEN. We're looking at 8 to 10 thousand dollars worth of equipment gone.

The plus side is shows WILL go on. We've been through too much already this year to let this even possibly end the Che Cafe. If you're scheduled to play and are concerned please reply or get in touch with the person that has booked your show.

Please repost and spread the word. Its a beyond messed up situation and we're going to need help in getting everything back up to normal. If anyone hears anything, your friend suddenly has a sweet PA, sound system, plethora of mics and cables or notice what is probably our equipment on ebay or craigslist, etc, please please please contact us.

Gee, maybe they were confused by the "Che" name and picture.... Power (and sound equipment!) to the people!